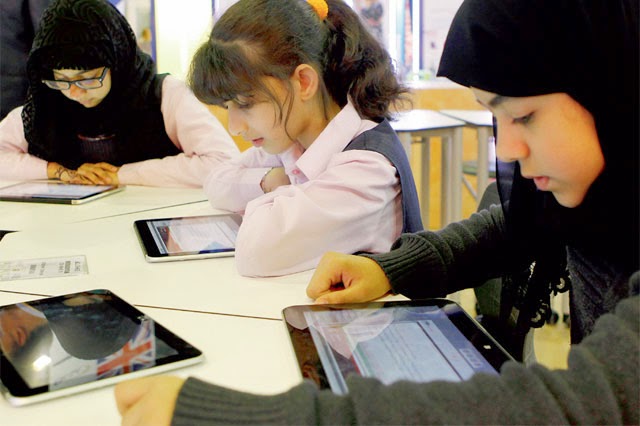 The education sector in the GCC is expected to double its device utilization in the coming two years, according to a recent study commissioned by Intel to IDC. The region-wide study has revealed that the adoption of technology by educational institutions across the GCC has nearly become mandatory, as a result of a focus on delivering quality education. The trend is facilitating a drastic shift from teacher-centric teaching methods to learner-favored styles across the GCC.

The "Role of Technology in the Education Sector" survey showed the education sector accounted for 10.3 percent of all tablet shipments to the Middle East in the first half of 2014, up from 2.2 percent for all of 2013. IT infrastructure has also been ramped to support the increased usage of devices for teaching and learning purposes.

"We found that over 90 percent of the educational institutes interviewed utilize laptops, tablets and 2 in 1. The GCC's education sector is witnessing significant growth and a focus on delivering quality education has driven institutions to adopt technology at every level," said Frederico Carvalho, META Regional Business Director at Intel Corporation Technology. "Quality education is the foundation of a country's development and prosperity, and technology is key to unlock its potential and reach," he added.

• The utilization split between laptops and tablets in the region is currently 60-40, with 60 percent of students using laptops for content creation.

• All the institutions interviewed discourage the use of smartphones in the classroom, and do not provide connectivity or support for such devices.

• The Bring Your Own Device (BYOD) concept has also proved popular with institutions; over 60 percent of those interviewed have a BYOD policy for students using their own devices for learning purposes. The rest of the institutions provide support for student's devices but do not have a formal BYOD policy in place.

• Less than 30 percent of the institutions interviewed use interactive whiteboards for teaching. Many institutes reported having LCD or LED panels that are connected to the instructor's tablet or laptop to display teaching material. All of the institutes reported utilizing video projectors to promote audiovisual learning for certain course material.

• In terms of device utilization today, on average, 60 percent of the devices being used by students are laptops; these devices are favored for content creation, whereas tablets are seen as suitable for reading and accessing applications.

• Tablets are now utilized more in kindergarten and primary schools however, where the students are provided with institute owned devices. As an evolution between laptops and tablets, institutions are considering 2-in-1 devices.

• The foremost challenges faced by institutions are deployment, maintenance and IT skills. Institutes face high operating expenses and maintenance costs for their infrastructure, making it difficult to recognize ROI on their IT purchases. However, since the region is on its way to developing itself as an educational hub, most institutions do not compromise on technology standards.

Areas of focus and future investments

All of the institutes surveyed have an aim of increasing their device utilization within the next 12 to 24 months. Universities that do not have a formal BYOD policy aim to put one in place, considering the tremendous increase in students using their own devices. The security of devices, apps and institution networks is another focus area with an effort to provide maximum flexibility to students and teachers while remaining secure.

"Beyond the adoption of mobile devices through government initiatives and private sector investments, we have also observed an acceleration in the adoption of Private Clouds", said Adriana Rangel, Systems & Infrastructure Solutions Director at IDC. "Cloud-based architectures facilitate better content management by providing institutions with the ability to manage users, applications and school policies remotely across the entire fleet of mobile devices, going further to increase collaboration between students, faculty and other school members."

Over the last decade Intel Education has invested over $1 billion to improve teaching and learning environments in more than 70 countries across the globe. Intel's goal is to help educators, IT professionals, and government leaders inspire excellence in their students with fresh insights, unique programs, and holistic solutions.
Posted by Dibaj at 09:46 No comments:

SAGE and the Canadian College of Health Leaders announced that SAGE will begin publishing the College’s journal, Healthcare Management Forum (HMF), with the first edition in January 2015.
The journal publishes articles on leading practices related to health leadership and management, including recent research, new technology and professional practices from health leaders' perspectives.


The research published in HMF will benefit health leaders who work in a variety of environments, such as medical companies, health authorities, multi-level care facilities, hospitals, public and private health agencies, health charities, the Canadian military and all levels of the Canadian government.
Posted by Dibaj at 04:14 1 comment: 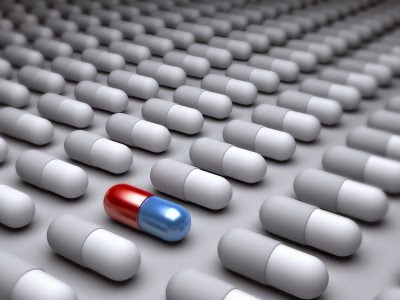 Springer Healthcare has announced the launch of reprintsWarehouse.com – a responsive platform that enables pharmaceutical professionals to rapidly identify content that supports their product or device marketing activities, from a database of over 50,000 clinically relevant medical journals, books, continuing medical education materials and anatomical charts.

Users of reprintsWarehouse.com can easily navigate a search capability, which is differentiated from other search engines, to explore a database of thousands of pieces of content, specially selected and tagged by scientific experts. By searching a variety of terms such as drug name, manufacturer, author, publication date and/or keyword, users quickly locate relevant, peer-reviewed content.

Springer Healthcare holds the reprint rights encompassing more clinically relevant titles than any other company in the world. This wealth of content enables reprintsWarehouse.com users to quickly receive quotes on request or obtain permissions from the publisher through our dedicated reprints services team to ensure they receive the fastest copyright compliant service available.
Posted by Dibaj at 03:56 No comments:

A group of time-lapse sequences filmed between December 2013 and February 2014 show off parts of Abu Dhabi.


Twenty-eight locations star in the four-minute video, which was shot and edited by Beno Saradzic, who made his first Abu Dhabi time-lapse film in 2011.


The time-lapse film was commissioned by the Abu Dhabi General Secretariat of the Executive Council.

The Oxford University Press is celebrating the print and digital publication of the Oxford Arabic Dictionary, which is produced by an international team of expert translators and advisors using Oxford’s renowned language research programme.

The Oxford Arabic Dictionary is the first of its kind to be based throughout on real modern evidence of both English and Arabic usage, WAM reported. The unique Arabic corpus, developed specially for this project, provides evidence of the latest vocabulary used in computing, business, the media, and the arts, making the resource the most up-to-date bilingual Arabic and English dictionary available. The dictionary focuses on the standardized variant of Arabic used in writing and formal speech, commonly known as Modern Standard Arabic. 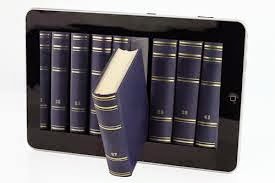 The flow of electronic resources is largely dominated from the West for the West but the concept of e-lending is slowly catching on worldwide as libraries move to mostly digital resources.


Here’s taking a look at a study done by the International Federation of Library Associations and Institutions looking at other regions.

The International Publishers Association estimates that 90% of overall publishing revenue in Africa is derived from education markets. It is not a surprise that the availability of eBooks from African libraries is limited largely to university collections with an emphasis on streamed scholarly publishing content originating outside the continent. The 2013 South African Book Fair had as its focus “The future of eBooks: the impact of the digital eBook phenomenon” and the comments from publishing executives solely dealt with the education market and the potential for acceptance of digital textbooks.

eBook data reported from Asian countries indicates wide variations in library availability and use.
Apabi Chinese eBooks are published in Mainland China and its content emphasises more scholarly rather than leisure reading content.

Hong Kong public libraries report 186,497 eBook titles in their collections, 72,500 which are Apabi eBooks. The balance is made up of streamed bundle services including ebrary Academic Complete and EBSCOhost. The relatively low use of eBook collections (annual use of 1.1 per title) is attributed by library staff to the lack of leisure reading titles available and the confusing access requirements for the different databases.


As is the case with the publishing sector, libraries in the European Union have been slower to adopt eBooks, especially in non-English speaking countries. eBook availability in EU libraries varies significantly from country to country depending upon factors such as the funding available for library purchasing, indigenous publishing practice, library governance structure and preferred licensing regimes. EU national initiatives are discussed by country in the next section of the paper. 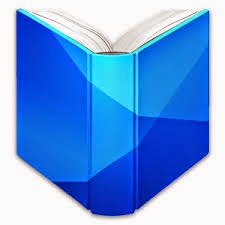 Where previous companies have been treading hesitantly, Google has marched right in to expand its mostly US based digital textbook service to Canada.
Available via the Play store for Android, iOS and Desktops, Google has added all the regular features of TOC, search option, book marking, notes and dictionary as well as the Wikipedia search option and yes, Google too.


The search engine giant was already providing this within the USA and Canada is the first country they expanded too. Will more countries follow? We’ll have to wait and see.
Posted by Dibaj at 03:08 No comments:

Browse our eBook collection across 15 subject areas including but not limited to science, technology and medicine.
Click here